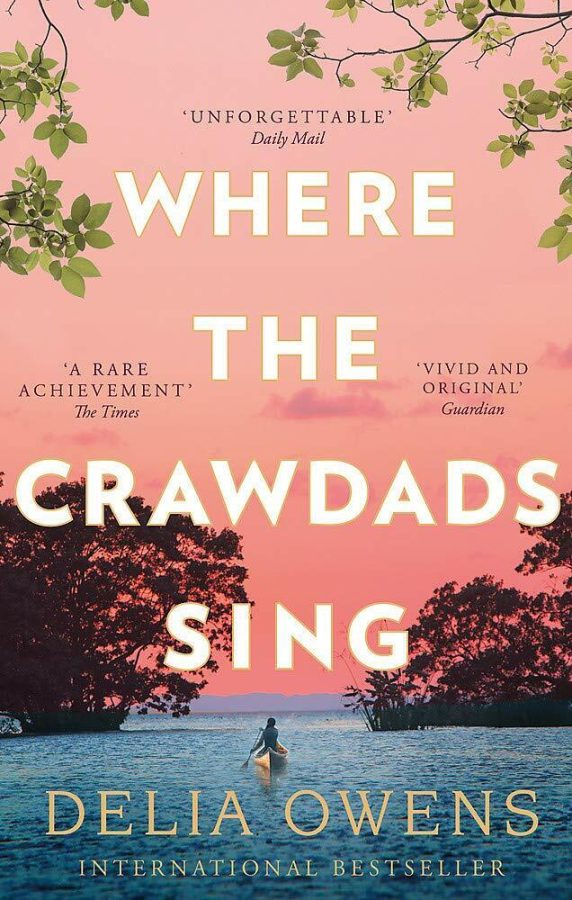 The Beauty Of “Where the Crawdads Sings” 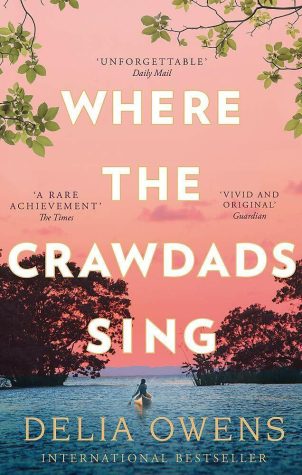 Verdict: A blend of genres that defied all expectation, Delia Owen’s “Where the Crawdads sings” easily cements itself as a classic among modern literature and establishes the author as a force to be reckoned with in the literary world

Where The Crawdads Sing

Where the Crawdads Sing was a sleeper hit

At the novel’s release, the literary world would be turned upside downThe laws of literature would be forever changed

Before this novel, not many people heard of Delia Owens, a zoologist and conservationist that spent most of her adult life in central Africa researching the behaviors of animals such as lions, hyenas, and elephants.

So when Delia Owens first submitted the draft of her debut fiction novel, the publishing company only printed about 28,000copies of the book

The publishing company didn’t expect much. After all Delia Owens was in her seventies, her book didn’t fit into any genre, and she was relatively new in the industry, having only previously authored non-fiction books.

When Reese Witherspoon picked it as a selection of her book Club, its popularity was propelled as it received publicity. BySeptember of 2018, the book was no.9 on the New York Times bestseller list. Its popularity would only grow from there. It would spend over 150 weeks on the New York Times bestseller list, selling over 15 million copies by July 2022. Soon, Where the Crawdads Sing would become one of the top selling, stand- alone novels of the twenty-first century.

The novel challenged conventional ideas of book sales in the genre of adult fiction. In a genre dominated by big name writers, self development novels, and romance novels it’s rare for a novel like Where The Crawdads to succeed. Especially in an era where writing has become refined and urbane, it’s difficult to create a novel that stands out.

Where the Crawdads Sing tells the story of Kya, following her life as she grew up from a child to a teenager, then to an adult, then finally to her death. The novel follows two timeline, one of Kya growing up and the other about the murder of Chase Andrews. The first timeline  begins with Kya’s mother abandoning her and her sibling, leaving them under the care of their father.

Her father is abusive and an alcoholic, and struggles to bring in income for his childrens. Eventually one by one, all of his children would run away from home until Kya is the only one left. After a night of heavy drinking, Kya’s father would not return and would be presumed dead.

After the death of her Father, Kya takes up fishing in order to sustain herself. While growing up, she would face prejudice from the people that lived in the town, as she is labeled the Marsh girl. She is made fun of by the other school children. She is also called nasty and dirty by the pastor’s wife.

Shunned by everyone around her, Kya finds company with the various wildlife that exists around her in the marsh. In order to pass time, Kya would begin to collect and label the organisms that she finds. As she enters her early teens she falls in love with Tate, a soft spoken boy who shares her love for nature, learning, and poetry. However, Kya is heartbroken when Tate leaves her in order to pursue his dreams of becoming a scientist.

When Kya is nineteen, she meets Chase Andrew, the town star quarterback and a ladies man. Chase is intrigued by Kya and captivated by her wild beauty. He invites her to a picnic and tries to make a pass at her. He later apologies when he rebuffs him, and the two form a romantic relationship. Kya falls for Chase’s promise of marriage and agrees to consummate their marriage in a motel room. However Kya learns from Tate that Chase is unfaithful and has a reputation for being a ladies man. When Kya goes to town, she learns that Chase was already engaged to a local girl and was lying to Kya all along.

The second timeline starts with Chase Andrew’s death, with the local townspeople accusing Kya for his death. Kya is arrested and a trial ensues. Eventually Kya is acquitted, returns to her home and reconciles with Tate and lives out the rest of her life in the swamp with him.

Kya sadly passes away at 64.  At her death Tate searches for her will and finds a small lockbox with several trinkets and documents. From the document Tate learns that Kya was Amanda Hamilton, the poet whose poems were quoted throughout the book.

The story of Where The Crawdad is straightforward. It’s a story about love and  survival.

Kya’s first love represents the innocence and purity of childhood, filled with bliss and an easy simplicity. Through her love with Tate, Kya finds someone who is gentle and caring. Someone who shares her love for nature and poetry.

Their breakup symbolizes the transition into adulthood. Heartbreak callouses Kya, it shapes her into a person that no longer believes in dream, love, and hope. It reinforces Kya’s idea that she will always be viewed as an outcast. Nature slowly becomes her only companion. It nurtures her in the ways that her mother didn’t, it accepts her in ways that the townspeople wouldn’t, it provides for her in ways that her father couldn’t, lastly it provides her with the companionship that other people couldn’t.

Kya is able to develop a deep sense of love for the ecosystem that surrounds her in ways that other people couldn’t. She is able to pay attention to the little details that others ignore.

As Kya ages into her late adolescence, she begins to crave companionship. She finds that companionship in Chase, a handsome charming boy, who catches eye through his looks and curiosity. She is lured in by his false promises of  a better life where she will be accepted, where she is finally able to be normal.

Chase represents the superficiality of young adult love. An age where love can be bought by luxury and good looks. An age where relationships are more about finding acceptance than finding love.

Chase is able to impress Kya with his wealth, his looks, his charms, and his promise of normality.

She falls for it, the idle sense of loneliness pushes her towards him.

In the end, by coming to terms with her identity. She falls back in love with Tate all over again.

Through where the Crawdad Sings Delia Owens gives her own opinion on modern day society. She doesn’t criticize it, she rather acts as an observer who states what she observes about it.

In the afterword Owen says this about Kya “She is one in a million, yet in all of us.” Stating that although humans are individually different from one another we are all tied together by our collective sense of community. Humans at our core share the same yearning for love, acceptance, and happiness.

Kya is Owen’s representation of a natural creature. A creature that lives outside the boundaries of what is considered civilized. Although she tries to conform to the norms around her, Kya learns that it’s her identity to live life freely. As the nature that raised and provided for Kya had made her into one of their own.

What made Where the Crawdads Sings so popular was the main character Kya was able to resonate with audiences. In an age of connectivity it’s ironic that society is more divided than ever. The apps and devices that were supposed to guarantee constant contact and communication made society more disconnected. This spawned an outset of loneliness and isolation that was exacerbated  by the onset of the COVID-19 pandemic.

Kya represents a similar sense of loneliness. Not from a lack of people but from a lack of connection. Kya found it difficult to find people to make a connection with. The majority of people around her didn’t appreciate the marsh and they didn’t understand Kya for who she is. The townspeople formed an opinion about her, regarding her as the marsh girl. They labeled her without getting to know her.

With Kya’s character Owen gives an analogy of connection in a digital age. Although society is connected with social media it is disconnected. That disconnection stems from the fact that with social media people don’t often portray themselves. There is a sincerity that isn’t shown. It’s the result of this lack of connection that is explored in Where The Crawdads Sings. Kya is forced to look inward at herself and the world around her. As a result, she understands herself and nature in ways that the townspeople aren’t able to.

Finally, the novel attracted readers with diverse tastes due to the fact that it blended elements from many genres. This also allowed the novel to explore different ideas and themes, blending them together to create a book that contains the best elements of mystery, romance, drama, and contemporary literature.

Delia Owens definitely has a tang of southern flair in her writing. Using slang and colloquial language to make the novel feel personal and authentic. The reader visualizes the 1960’s – small town America that the story takes place in. The sense of community and safety that it conveys, but also the ignorance and arrogance of the townspeople leaks through the pages. Delia Owens captures the attitudes and old world charm of the time period.

That contrasts from the surreal and ethereal setting of Kya’s home, a timeless retreat.  Nature was greatly emphasized in the novel. From the soft croaking of the frogs, to the graceful glide of the heron. The beautiful shells that washes up on the beach and the shimmering stars that illuminate the night sky. All of these elements are carefully described, the words chosen with a sense of purpose.

The characters are well crafted. All of them are nicely written and realistic. The dialogue is concise and sharp. All these components are combined to create an almost lyrical writing that is easy to read, but also opens itself to interpretation. This is Delia Owens at her best in terms of writing and storytelling.

Where The Crawdads Sings manage to tell a story about love and mystery. It’s a beautiful book that is enjoyable to read as it is introspective. It pays tribute to classics such as To Kill A Mockingbird. Most importantly it’s Delia Owen’s ode to nature. The beauty that can be found in the world around us, if you looked a little closer and paid little more attention to. It proves that an indie book written by a small author can be just as impactful as any other. That’s why Where the Crawdads Sings sits as a classic among modern literature.