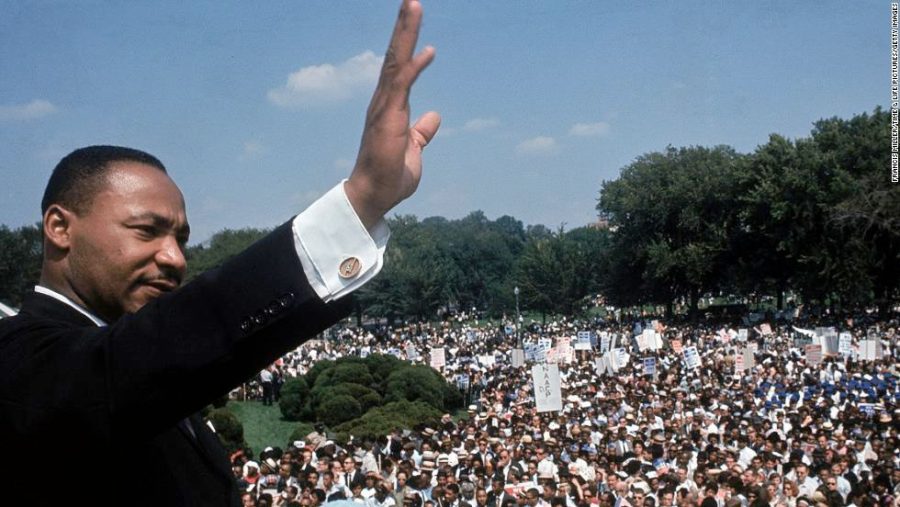 The History of MLK Day

Martin Luther King Jr. Day is right around the corner, celebrated on January 18 every year. This holiday commemorates the achievements of King during the Civil Rights movement and the fight for racial equality in the United States. To honor his memory, it is important to remember his life’s work and how he made an impact on America that is still felt decades later.

Before King became a major figure in the Civil Rights movement, he was a Baptist minister who was well beloved in his community for his powerful speeches. This skill would later allow him to become famous for his written work and his iconic ‘I Have a Dream’ Speech. He would resonate with people across America no matter the race.

Although his early life did not involve social equality work and he lived in an area with a majority African American population, he was not unfamiliar with racial prejudice in the American South. One of King’s earliest encounters with the injustice in society was when, at the age of six, his white playmate told him they could no longer play together because they were now attending a segregated school.

Exposure to segregation at such a young age was undoubtedly despairing for King. However, he successfully turned his unfortunate experiences into a progressive movement. His hatred toward racial segregation deepened when he visited the Northern states. There, white and black people freely shared public areas, causing King to realize just how great of a divide there was in the South.

King reminded Americans of the basis this nation was built upon: freedom. In his widely acclaimed speech “I have a dream”, he spoke of the struggles and centuries long desperation of African Americans for equality. The American government had to listen to the cries of millions of protestors, black and white alike. Finally, the 14th amendment was passed to acknowledge African Americans as rightful citizens who were entitled to the same rights as any other race.

King was unfortunately assassinated in 1968. Many years later, after a petition to implement a holiday to commemorate King’s achievements and efforts in the Civil Rights Movement, Martin Luther King Jr. Day was signed in as a holiday by President Ronald Reagan. Three years after it was signed in 1983, the holiday was first celebrated nationwide. Today, America still takes the time to remember King on the third Monday of January and to recognize how he helped to shape the country