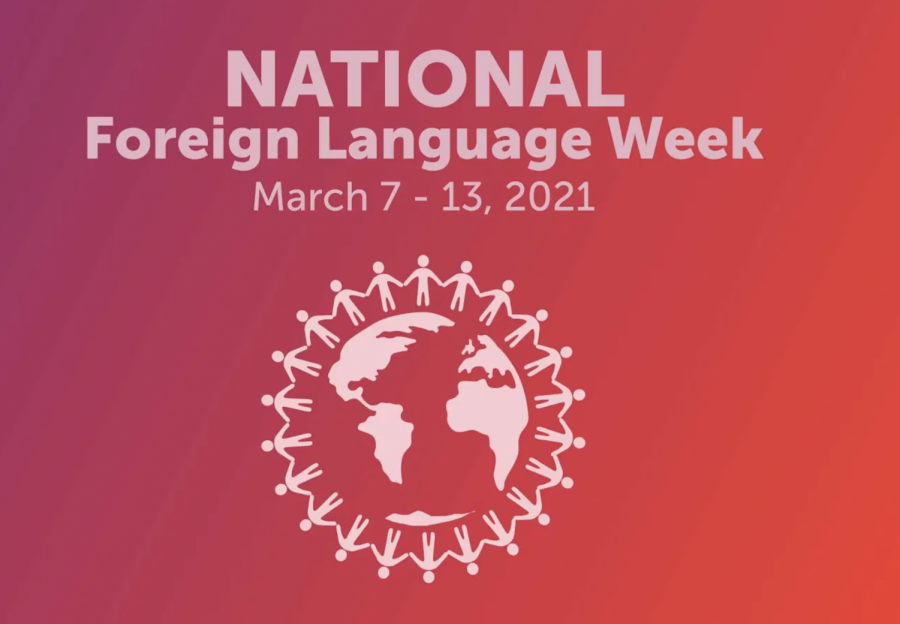 Foreign Language Week was a week to celebrate the different languages around the world. From Spanish to German, different languages help others see and listen to the world in a different perspective. Foreign Language Week was a week dedicated to learning more about different cultures and helping us become better people. Foreign Language Week lasted from March 7th to March 13th. During this week, lockers were decorated to represent different cultures and languages around the world. Some lockers were decorated to represent someone’s favorite Latin American country. Others were decorated to represent someone’s favorite European country. Seeing the different countries on all of the lockers inspired others to look at Foreign languages in a different way. It inspired others to unite and share their love for a different culture. In Spanish class, we had the opportunity to write a composition on what the theme “Open Your Mind To Language” means to you. Below are compositions written by a select few seventh grade students. The compositions they wrote showed that they understood the concept of “Opening Your Mind To Language” and the importance of learning more about other cultures. Scroll all the way down to see some pictures of the lockers decorated by 7th graders as well!

“Open your mind to language means to me that you should pay attention to other languages because eventually you will need to know how to speak certain languages. For example, say you go to Spain and you’re at a restaurant and they ask what you would like to eat and you looked at the menu and you did not understand what it said or how much the food costs.

Even when you’re just wandering streets, you may get injured and you will ask someone to call for help but you won’t know how to ask for help unless you open your mind to language. Language is a very important part of life. If you learn a certain language, you should practice it whether it be at home, school, or even with people you don’t know.

Learning a language is like when you were born and had to learn to walk. You take baby steps until you speak well in the language and you have to practice, like how we get homework. I am sure the teachers would love for us to have no homework, but at the same time, they need us to practice. Language is a very important part of life.”

When I first started to learn Spanish, I didn’t enjoy it because it was too hard and took too long to see results. But, in the past couple of months, I have started to open my mind to how learning another language could be helpful to me. For example, speaking another language can help you communicate with other people when you are on vacation in another country. Learning a new language can help you connect with other people and learn about their cultures.

Learning a new language could be difficult especially with verb conjugations and sentence structure. You can use strategies such as flashcards to stick it out. You could even get job opportunities because you’re bilingual. If you open your mind to a new language, you can learn about people, cultures, and have new opportunities that you wouldn’t have had before.”

“Learning about Spanish this year has been very interesting. It has helped me learn how to talk to my parents and grandparents in Spanish. Learning new languages can help many people interact with each other and help people get more job opportunities if they know different languages. Learning Spanish is very important to me because it helps me talk to my grandparents that live in Peru. When I went to Peru to visit my grandparents I didn’t know any Spanish, but now I tried to start a conversation with my grandma when my parents facetime them in Peru. Learning Spanish has taught me that learning Spanish can help you out in the future.

“National Foreign Language Week is 7 days from March 7th to March 13th, 2021. The goal of the week is to be able to embrace foreign languages and to show what these languages have offered to many people. There are many different languages spoken around the world. Each language is unique in its own way. Each language has its own culture. Embracing yourself into new languages helps you learn more about different countries and their cultures.

“Language is important to me because it enables you to do so many things. It removes limits that you probably didn’t even know you had. Language helps you not only communicate, it helps you transfer joy, anger, excitement, and sadness. These emotions are what makes language so special. I was never able to grasp the importance and power of words and language when I was younger, but later I learned that what we say can cause people to jump in the air, laugh or break out in tears. Also, language isn’t just words, it’s history. When you learn a language you aren’t just learning to talk, read or write. You’re learning the culture of the language, how it came to be, and things that can fascinate you. So, even though some people take language for granted, it means more to me than you will ever know. If not for language, you and me wouldn’t be who we are now.”