The Silent Patient: A Review 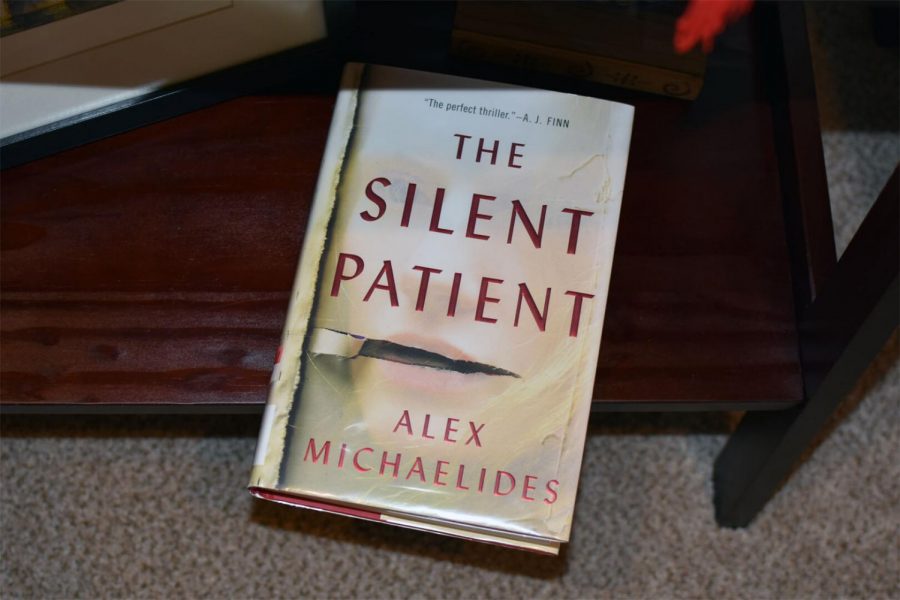 THE SILENT PATIENT: A REVIEW

What originally compelled me to start reading “The Silent Patient” was my ELA teacher, Ms. Albert. The first Homework assignment that she gave us as a class was to write a goal that we had in ELA. Honestly, I took the assignment to be more of an ultimatum than a goal. For my goal, I decided to read books that are in genres that I never read before. There are two genres of the kind: psychological thriller and contemporary. I chose psychological thriller to read first for the sole reason that it sounded– for lack of a better word– cool. Who doesn’t love thrillers mixed with a bit of Psychology (foreshadowing)? So, after a few hours of searching, I found it in the library catalog: The Silent Patient, by Alex Michaelides. The rest was history. I wasn’t disappointed by my choice. In this article, I’m going to break down the characters and plot, and explore the ending and an alternate meaning of the Silent Patient.

Perhaps what appealed to me the most in this novel was its premise: a murder by a mentally ill artist that never spoke after the crime. Throughout the book, we follow the thoughts of our protagonist, Theo. As the author periodically flutters between his past and present,  we learn who Theo really is on the inside and how he fits in the overarching storyline. In the start of the book, we are given a prologue of what “happened” the night that Gabriel, the husband of Alicia (the ‘silent patient’), was found dead, tied to a chair. After Gabriel is found dead, Alicia is charged with his grisly murder as she is the only one found at the scene of the crime. After that moment, she never utters another word, and people speculate about her silence, wondering if she is simply perhaps, or perhaps a bit insane. The one thing that’s certain is: no one knows Alicia’s story. Shortly after Gabriel’s murder, however, Alicia paints a portrait of herself painting with what looks like blood, titled Alcestis.  She is sent to a psychiatric hospital– never to speak ever again.

At this point in the book, we meet Theo, a promising psychologist who has a certain drive to help people, and plans to unravel her mystery.  In fact, he accepted the job at the Grove Institute of Psychology just to meet Alicia. At first, Theo cannot get Alicia to talk at all; they just sit together in silence until their sessions are over. Making no progress in their sessions, Theo contacts Alicia’s family. With information coming in bits-and-pieces from Alicia’s cousin Paul, Theo finds out the truth of her family: that her dad was a terrible person. His repeated abuse and insults drove Alicia to the edge of instability and violence.

Intertwined with Theo’s story, we follow a plot that occurs in the past (or what I call: the “driving plot”). One day after work, Theo comes home to see that his wife has committed a serious case of infidelity. He is devastated: the love of his life– the center of his life– has so easily betrayed him for another man. He feels hatred  for whoever the man is for “stealing” his wife,  and, as a result, he starts to concoct a plan for revenge. Theo follows the man until he returns to his home and watches him as he greets his wife and they eat dinner together. One day, Theo decides to take matters into his own hands: he breaks into the man’s house and ties both of them up. Theo forces the boyfriend to make a choice, his life or Alicia. Out of desperation, the boyfriend makes the choice to save himself. Theo smiles; a diabolical plan forms in his head. He tells the girlfriend– who we find out is Alicia– that her husband is cheating on her, then  leaves the house, making sure to plant some evidence by leaving behind the gun. Overcome with betrayal she picks up the gun and kills her husband. She is so consumed with grief from committing the murder, and years of her father’s abuse, that she goes silent and never utters a word. That is, until she meets her therapist, who we learn from the start of the book is Theo. He tries to get rid of the last piece of evidence that could tie him to the crime and to assassinate her– literally silencing her forever.  In the end, Alicia cleverly wrote what happened at the back of her painting and at the very end of the book, we find out that Theo goes to prison charged with the attempted murder of Alicia.

Physiological thriller is definitely the genre that fits this book. The twists and turns in this book are extremely exciting. The author definitely deserved the praise that he got from this book. Fun fact: the first book Alex wrote was the Silent Patient. Some themes this book explores are: authenticity, betrayal, injustice and manipulation. We can see that Theo, when push comes to shove, is a really messed up guy who manipulates people with his charm to get what he wants. From a literary analysis standpoint, I do not believe that we can put Theo into an archetypal character category because he is such a unique character. Theo really is a masterfully-crafted character who successfully wins the audience over at times, specifically when we learned that he was raised by abusive parents and when he learned that his wife was cheating on him. While all the characters in the book are pretty forgettable, as I think they are simply there to propel the plot, Theo is the character who is interacting with the plot, and is constantly manipulated by everyone in his life. But, what he does in the end is indefensible. When we finally learn who he really is– a guy who craves control over people in his life– we, as readers, come to feel disgusted by him. When we finish the book we piece together why he wanted to be a therapist in the first place: to assert control in other people’s lives.

Quick note, this book also draws a distinctive parallel to our world, and how prevalent infidelity is. It is the sad truth, and we pity Theo as he learns that his wife was having an affair. I like how the author made this one of the central themes, in order to raise awareness about this issue. We really can’t blame Theo for becoming a monster when his wife cheats on him.

Lastly, the symbolism with art, especially the hyper realistic painting that Alicia draws is just the cherry on top for me. Throughout the book, we get subtle hints of art here-and-there, like when Theo is interviewing Alicia’s family to get information about her past. We come to learn that art is how Alicia communicates with her family and friends. Art is her outlet for her anger and sadness. We come to learn throughout the book that art can be used to express one’s personality without saying a word. In the end we learn what the Alcestis means: it symbolizes her being calm when the rest of her world was falling apart– her husband and her father had let her down. She needed to do it, she needed to kill him, and it wasn’t her choice. The art offered the perfect message for readers to understand: her long lost voice had been found at last.

Please support Alex Michaelides by reading the Silent Patient. Check out his other work on his twitter @AlexMichealides. Alex is also the screenwriter of  two comedy movies. All mention of the Silent Patient is entirely owned by copyright holders. I make no claim of ownership and am using this for informational purposes.