The Latest Update on the Fires in Australia. 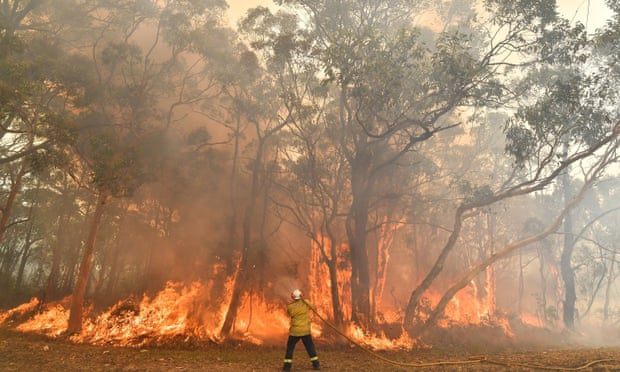 Fires in Australia that are tearing a forest are trying to be put out by a fireman.

If you read Hana Zhang’s Crossroads article on Australia, you would know that Australia has been on fire for months. There has been an uproar in the media about these fires, with celebrities trying to raise money and people trying to spread the word. These fires are responsible for the deaths of millions of animals and loss of homes and habitats.

It recently rained in Australia from Melbourne to Queensland. This rain had put out some of the fires that were burning. The citizens of Australia were filled with joy and relief now that they did not have to worry about the smoke and fires infiltrating their environment as much as before.

The beautiful rain also inflicted damage upon the Australian population. There was a lot of busy traffic and the train system was shut down. It rained so much that the areas began to flood. This happened because some of the dry grounds could not handle the new rain. This strong and heavy rain did not permanently terminate the fires. The roaring flames are still occurring in Australian areas further south.

Currently, fires are still burning throughout Australia. The new rain contributed to the reduction of flames in some areas. Still, some people are trying everything in their power to rescue the animals and plants trapped inside the burning forests.